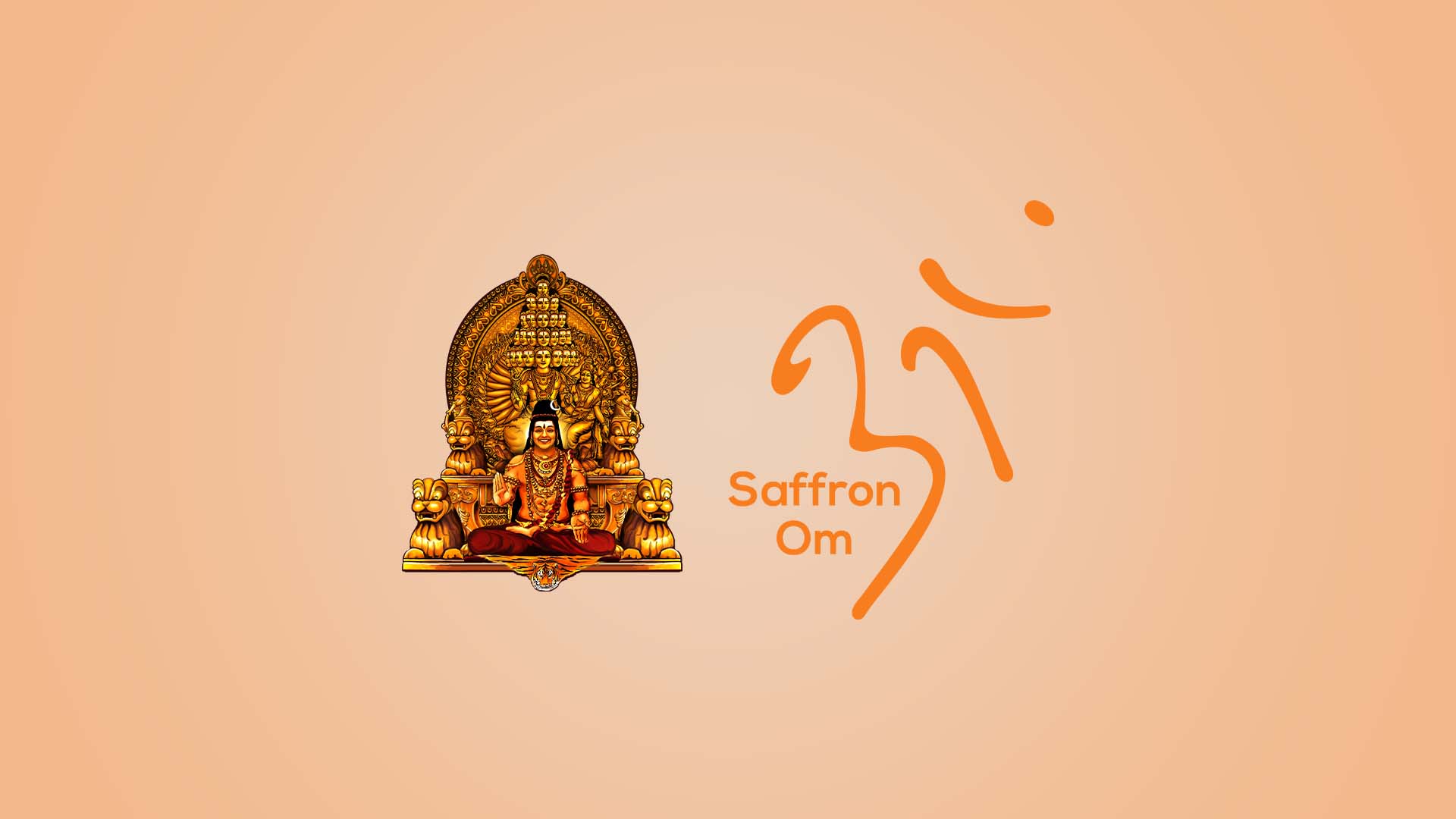 2021 ‘Global Peace Index’ (GPI) results reveal the average level of global peacefulness to have deteriorated by 0.07 per cent. As a result of the unprecedented pandemic and rising tensions between many of the major powers, the ambiguity surrounding peace that emerged in the past decade has begun to abate only to be replaced with a new wave of tension and uncertainty.

Kailasa Nation lives and demonstrates the ultimate non-violence based life. Against the backdrop of equality and unity, the Hindu world has embraced the reality of diversity through its philosophy of pluralism. Every being, with their varying likes and dislikes, their unique personalities, and their different cultures, not only connect with one another in their own unique ways, but connect with the Divine in their own individual ways as well.

SAFFRON OM is focused on redefining and restructuring the ideals of world peace, conflict resolution and religious freedom by operating with the single unified goal of felicitating every individual to explore their peak possibility by enlightening them with the sciences mentioned in the timeless Hindu source scriptures.

SAFFRON OM works to prevent conflict by deploying thousands of trained peacekeepers and creating the conditions to allow peace to hold and flourish. These activities often overlap and reinforce one another, to be effective.

The most effective way to diminish human suffering and terrorism is to prevent conflicts in the first place. The SAFFRON OM plays an important role in conflict prevention, through the core Hindu belief that the Divine exists in all living beings, both human and non-human, and Vasudhaiva Kutumbakam, the whole world is one family.

Today’s conflicts are less obvious but deeply rooted and increasingly alarming causing widespread destruction through evident tragedies. The nature of conflict has also changed over the years. KAILASA’s peacekeeping has evolved to meet the demands of different conflicts and a changing landscape.

In 2021, as we heal from the COVID-19 pandemic, we are inspired to think creatively and collectively about how to help everyone recover better, how to build resilience, and how to transform our world into one that is more equal, more just, equitable, inclusive, sustainable, and healthier.

1. SAFFRON OM makes sure that the invocation of one’s conscious sovereignty is of paramount importance.

2. SAFFRON OM’s peacebuilding activities are aimed at addressing differences in intelligence and ability amongst varying life forms, the existence of the soul in all forms binds all of existence and demands peaceful, respectful coexistence amongst humans, animals and other elements of nature, reducing the risk of relapsing into conflict and laying the foundation for sustainable peace and development.

3. SAFFRON OM’s peacekeeping initiatives are a vital instrument employed by the international community to advance peace, security and recovery for an equitable and sustainable world.

4. SAFFRON OM’s peacekeepers perform a variety of complex tasks, from helping to build sustainable institutions of governance, through enriching human rights monitoring and security sector reform, to the disarmament, demobilization and reintegration of former combatants, and demining.

5. The peacekeepers accomplished a Peace Walk covering 1000 km and 1000 villages, to bring together in harmony from all walks of life, to promote feeling of connection and Oneness among people. During the walk health camps were conducted in villages along its path. SAFFRON OM further aims to bring a conflict free – peaceful world through various initiatives :

a. Programs and initiatives to transform oneself to help achieve global peace such as the initiative for Global Minutes for Peace – aimed to raise global consciousness and reduce crime globally by conducting mass meditations around the world in parallel. thereby healing the world and ushering world peace.

b. Meditation and yoga techniques from the scriptures conducted to reducing collective negativity in thoughts, words, actions and the cognitions rooted in the highest truths, the lifestyle based on living and radiating the higher values of life and powerful way of living and realizing one’s ultimate potential, building the foundation of Peace.

c. Manifesting superhuman powers for a better quality of life through initiation into the rare, sacred initiation of ‘Shiva Deeksha’ as per the Agamas; causing a breakthrough in human consciousness and peaceful existence; all living beings including animals are blessed to be initiated, allowing their evolutionary ascend to higher consciousness.

d. Healing people worldwide, physiologically, psychologically, neurologically, and beyond by the initiatives to initiate over 50,000 Spiritual Healers through the Nithyananda Healing Science, who channel the peaceful, healing energy, contributing positive healing energy for the planet.

e. Kumbh Mela for world peace – in September 2006 The SPH organized the first confluence for world peace to honor the memory of those who lost their lives saving others on September 11, 2001, at Irvine, California, USA. The second confluence for peace was held in Los Angeles in 2007 in collaboration with Vedanta Society, BAPS, ISKCON, Siddha Yoga and other organization. The Kumbh Mela festival spread fast to other countries including Australia, Canada, etc

f. Worship (Pujas, Homas, and Meditations) – Employing powerful mass worship as a means to realizing collective peace and harmony. Young monks of the Nithyananda Order conduct mass fire rituals involving the public thereby creating profound healing energy for a peaceful mind and healthy body in those living in the surrounding areas. The rituals have powerful benefits like:

i. Worldwide organization for reviving, researching, preserving, spreading and teaching the authentic Science of Oneness, Power-manifestation, Yoga and the breakthrough “Completion Process” – a process to go beyond limiting cognitions from the past and manifest the hidden powers and peace in everyone.

World is showing no signs of a decline in the intensity of violent conflicts, crime, displacement, and the prevalence of a continued state of tension in many regions of the world.Unfortunately, conscious sovereignty no longer exclusively protects States from foreign interference; it is a charge of responsibility where States are accountable for the welfare of their people. Amongst Vedic traditions are some of the earliest teachings promoting the ethical treatment of animals, the basis of which stems from the concepts of karma and reincarnation; ahimsa or non-injury; and the understanding that the Divine exists as a soul in all living beings, both human and non-human.

The most effective way to reduce the human suffering and the massive economic costs of conflicts, war and their aftermath is to prevent it in the first place. SAFFRON OM plays an important role in conflict prevention, using diplomacy, Core principles of Hinduism and mediation. Among these factors the Agency uses to bring peace in the world.

World peace leads to increased globalization. Enabling people from different countries to interact freely with each other in various aspects. Promoting the contribution of cultural exploration and strengthening the bonds between countries for a more developed economy, the world is thriving for a permanent solace of peace over itself. World peace is very salient in the growth and prosperity of the entire global community. Establishment of Global Peace will incorporate the cohesion and friendly interactions with other countries progressing towards a more advanced goal and mission.

The SAFFRON OM underscores the centrality of conflict prevention as a responsibility for the whole of Humanity. Working in distinct but mutually reinforcing ways to address both the immediate and deeper causes related to global peace.

The SAFFRON OM works to maintain international peace and security in a world where security threats have become more complex. Of violent conflict, through engaging at the local, national, regional and international levels, partnering with communities, civil society, governments, regional and sub-regional organizations, and other international institutions. With the Increasing complexity and growing crisis situations, the imperative of conflict prevention is higher compared to before.

The Supreme Pontiff of Hinduism, Jagatguru Mahasannidhanam His Divine Holiness Bhagavan Nithyananda Paramashivam. has set an example for millions of His disciples, seekers, and the general public, on how to handle yourself and continue to contribute to society in the most life-positive and non-violent manner, even when you are brutally attacked from all sides. His initiations and solutions have not only healed and brought inner peace to the hearts of the people but empowered them by turning their powerlessness into powers, an ancient science unique to Hinduism. Power Manifestation Science is one of His biggest contributions to modern-day humanity, through which He seeks to establish the spiritual legitimacy of Sanatana Hindu Dharma (Hinduism).

It is ’s mission to re-create a Conscious world where the global issues at the climatic, economic, social, health, and humanitarian levels, cease to exist from their very root; turning the problems of poverty, hunger, violence, discrimination into powerful living through the experience of Oneness. That is why SAFFRON OM came into existence.

SAFFRON OM stands as a symbol to usher in an era of peace at all levels– individual, societal, national, and global under the guidance of the Supreme Pontiff of Hinduism, Jagatguru Mahasannidhanam His Divine Holiness Bhagavan Nithyananda Paramashivam. His deep insights into the workings of the human mind-body emotions have enabled him to powerfully and directly address various social and emotional problems facing humanity today. The life solutions based on the ancient Hindu tradition, the meditation and yoga techniques from the scriptures, the cognitions rooted in the highest truths, the lifestyle based on living and radiating the higher values of life, and powerful way of living and realizing one’s ultimate potential, form the foundation of ’s teachings which by their inherent nature provide the foundation for peace on planet Earth.

The Supreme Pontiff of Hinduism, launched the Minutes4Peace initiative, later adopted by the SAFFRON OM, which aimed to reduce crime globally by conducting mass meditations around the world in parallel. A study shows a decrease in crime rate by 16%, when 1% of the community engaged in meditations and pujas. With a cumulative 4.3 billion meditation minutes, SAFFRON OM shall continue to work towards the unified goal of realizing collective peace and harmony through various international humanitarian services such as but not limited to Science of Completion, Science of Unclutching, manifestation of the space of Nirvikalpa Samadhi and re-establish peace among all Hindus. 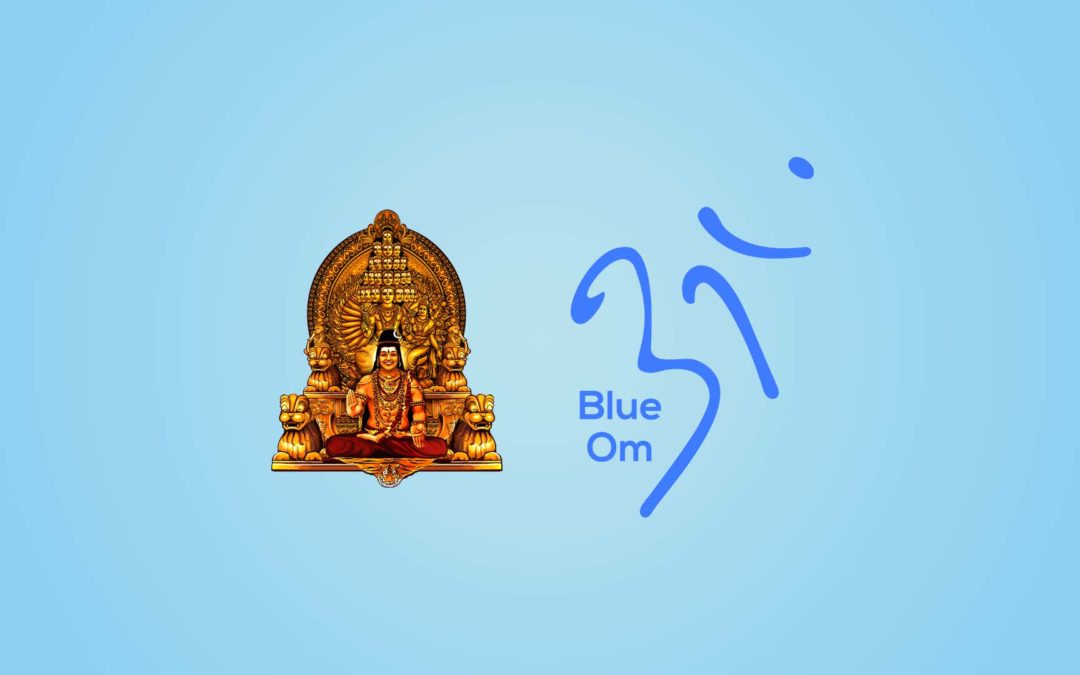 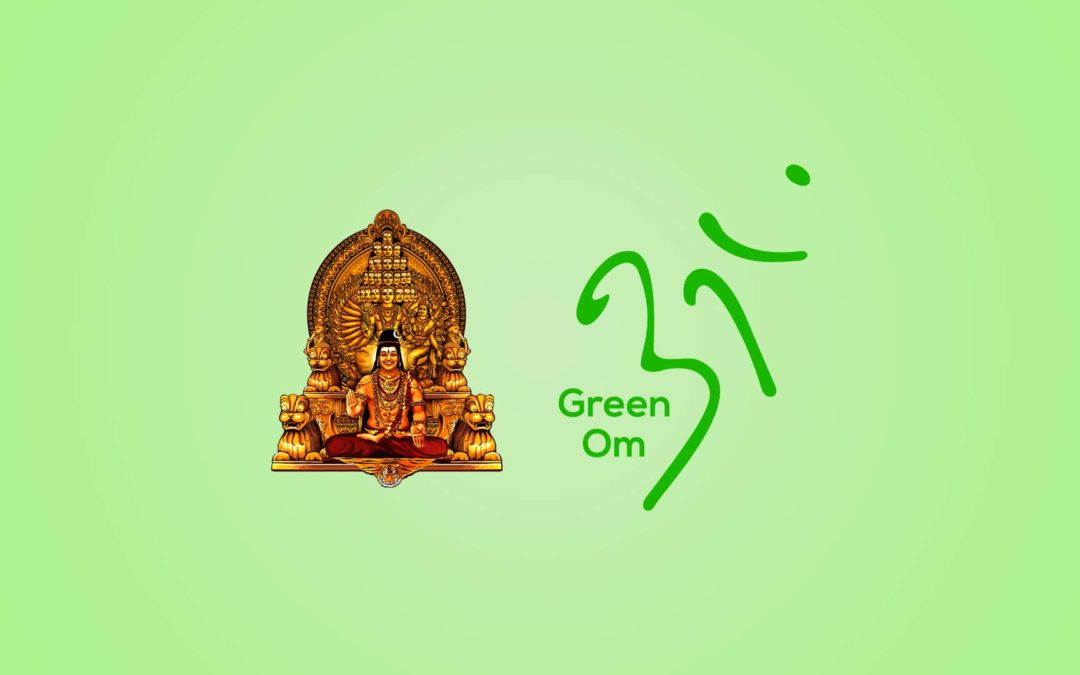 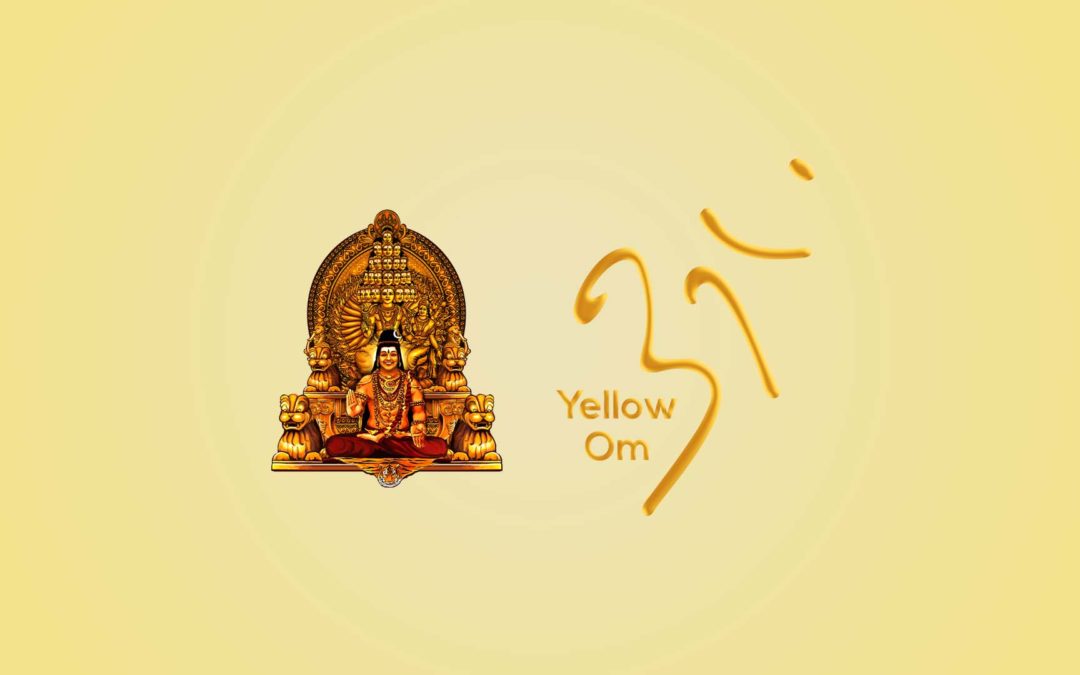 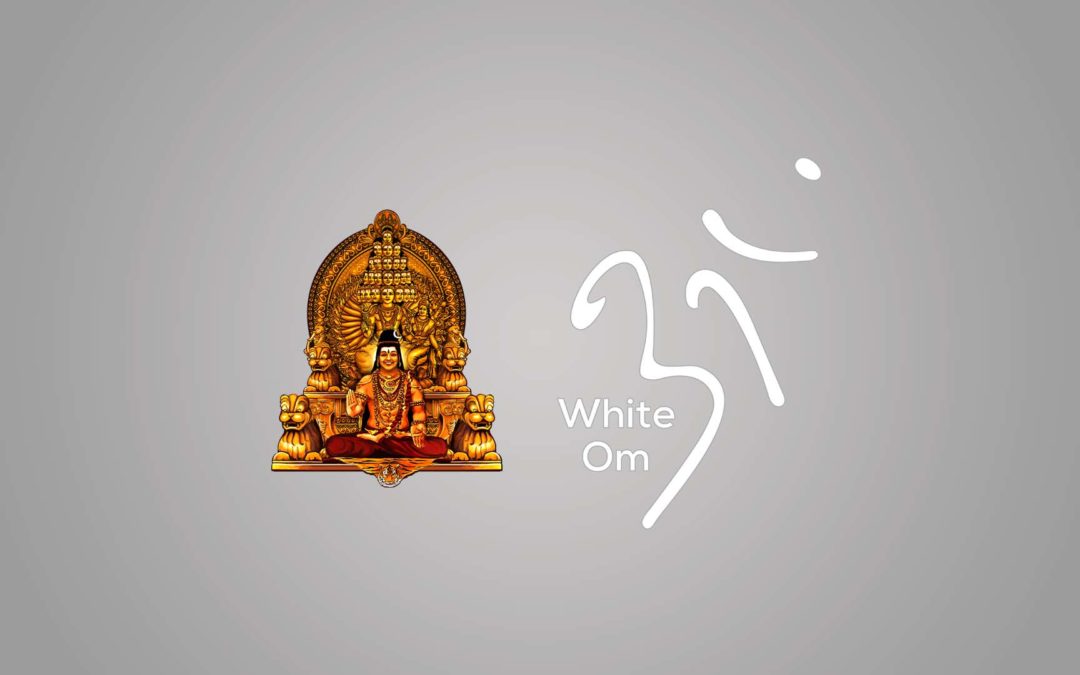 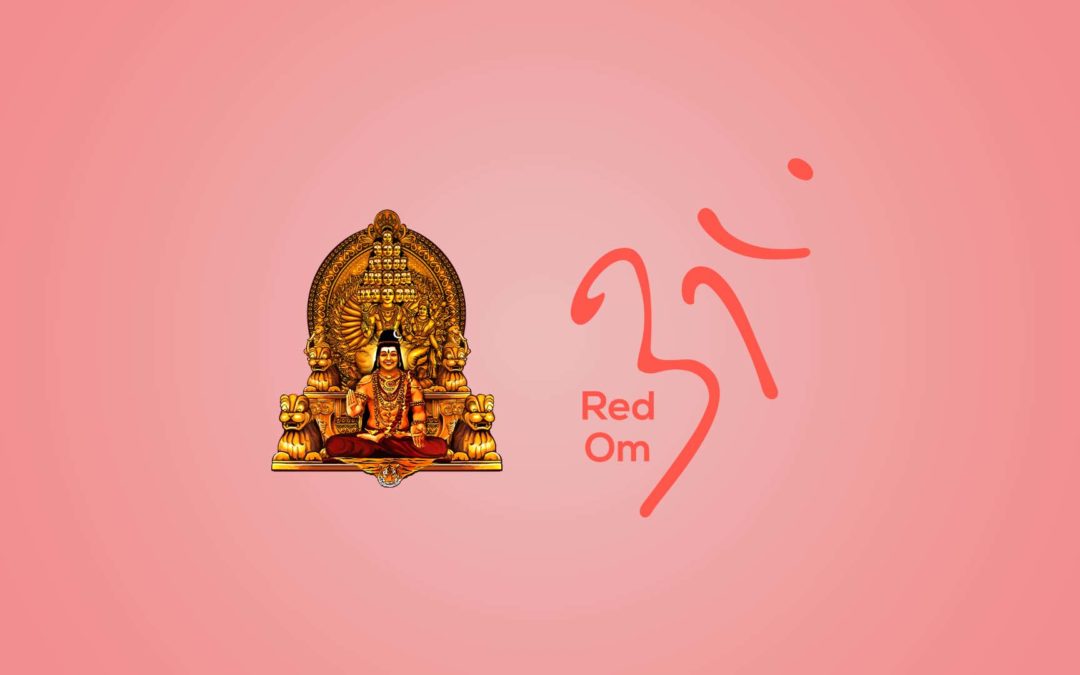 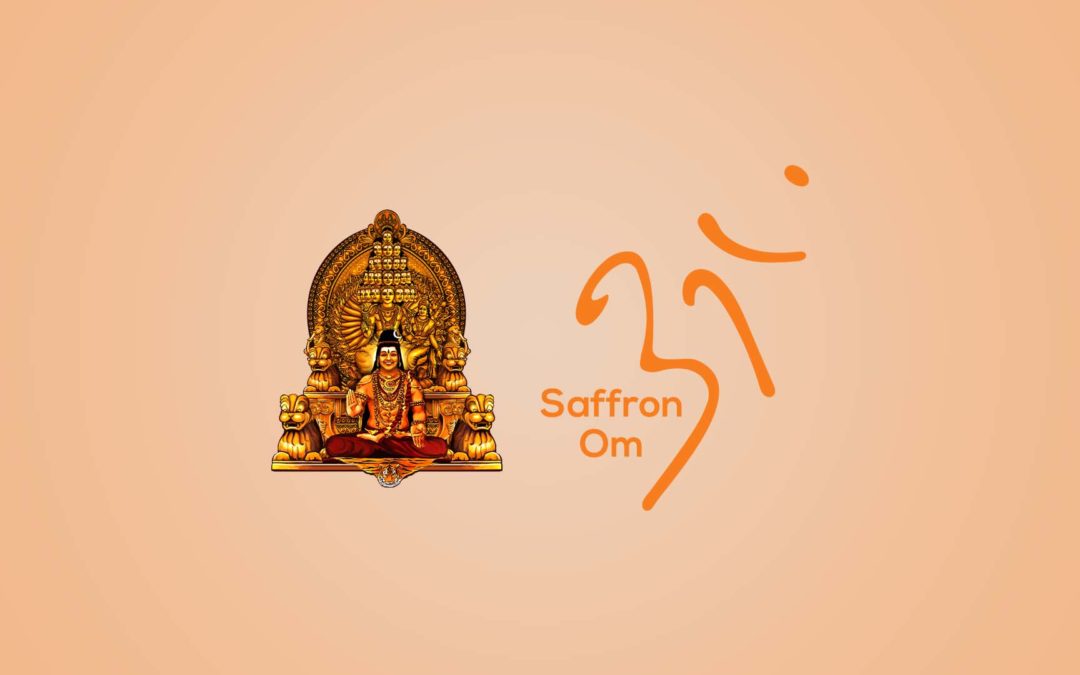