The Vedic tradition that has stood for over 10,000 years as an enlightened civilization, has been a global beacon of spiritual and timeless wisdom, technology and culture. The ancient Hindu civilization of India produced more than 40% of the world’s GDP. Advances in mathematics (e.g. Indian addition of the digit ‘0’ revolutionized mathematics, advanced concepts such as the Pythagorean theorem was already known), astronomy (they knew that the earth revolved around the sun, and had developed advanced sidereal charts), science, architecture and construction (e.g. the flush toilet and complex sewage system was developed), medicine (the scientist Sushruta had developed cataract and plastic surgery, advances in Ayurveda and Siddha medicine) are just a few examples of the scientific and economic revolution unleashed by the enlightened civilization. Such advances were possible primarily due to the science of enlightenment (also known as Yoga) which formed the basis of the civilization. Arising from deep knowledge of body, mind and nature, Yoga was the science of uniting humans with the divine potential inherent within them (also called Advaita or Oneness) which led to extraordinary achievements.

KAILASA is an apolitical Nation whose vision is enlightened living on all humanity. Towards this goal, it is dedicated to the preservation, restoration and revival of an enlightened culture and civilization based on authentic Hinduism that was once practiced freely in over 56 nations across the continent from Afghanistan, India, Nepal, Burma, Sri Lanka, all the way to Singapore, Malaysia, Cambodia and Indonesia, but is now facing extinction due to persecution over a millennium. As a nation, KAILASA is peaceful, sovereign, service-oriented and represents an ideology, rather than a territory. It is rooted in the fundamental principle of Advaita or Oneness - the idea that all beings can live in peace and harmony, and that all human beings are equal and divine, and can reach their highest potential irrespective of their color, nationality, religion, gender or race. 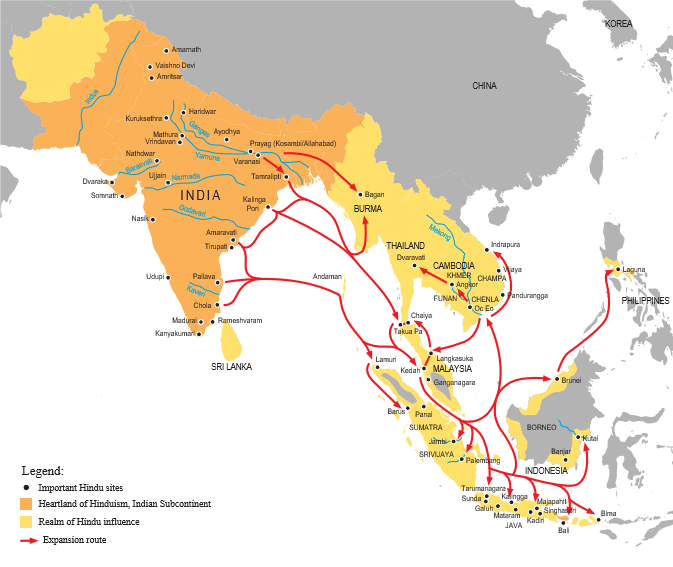 Kailaasa is created by a group of dispossessed people who lost the right to practice Hinduism authentically in their own countries. They found freedom to practice Hinduism, and subsequently because of that, achieve enormous success in other countries. Though the Kailaasa movement is founded in the United States, and spearheaded by members of the Hindu Adi Shaivite minority community, it is created for, and offers a safe haven to all the world’s practising, aspiring or persecuted Hindus, irrespective of race, gender, sect, caste, or creed, where they can peacefully live and express their spirituality, arts, and culture free from denigration, interference and violence. These people created Kailaasa with the determination to not just preserve and protect this science and share it with the entire world, but also to share the story of persecution that is yet unknown to the world. The vision of Kailaasa is the enlightenment living of all humanity, a lofty goal that can be achieved only if we function as a sovereign nation that is not under any one country, but works with all of them. Based on its principles Kailaasa supports causes such as gender equality, fight against global warming, universal access to holistic education and healthcare, vegetarianism etc.

In a world ravaged by war, ecological destruction, hatred and division, Kailaasa stands as a bold vision of human potential, co-existence, organic living and alignment with nature. Without the protection of political legitimacy, there is imminent danger that the great tenets, scriptures and science of creating an enlightened civilization which spanned 200 states, 1700 samasthanas (provinces) and 10,000 sampradayas (traditions) will be forever lost to humanity. As a stateless nation, it does not seek new territory but rather diplomatic recognition as the legitimate representative of the ideology of enlightened humanity. Kailaasa is bringing spiritual, religious, social, cultural, historic, economic and political legitimacy to Sanatana Hindu Dharma so that it may benefit all of humanity. 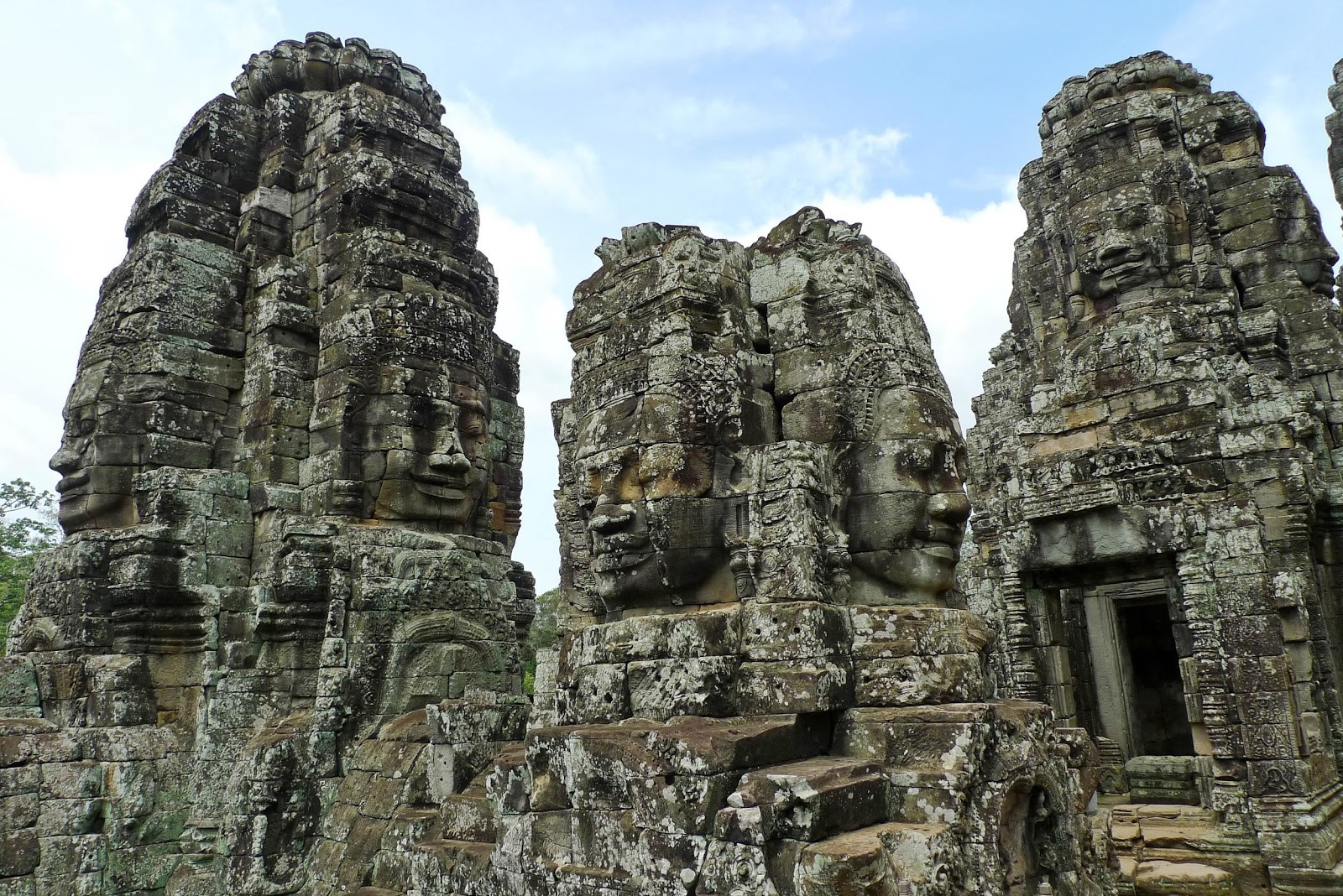 Influence of Hindu art and culture was felt in lands as far east as Cambodia, Indonesia and the Philippines 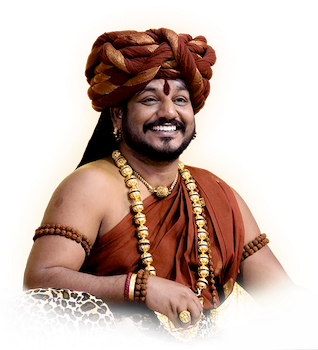 KAILASA's mission is to share with today’s world the practical applications of the science of enlightenment. Although through which we have made breakthroughs in 3 areas: (1) Education (2) Health (3) Development of Human Potential, which can directly benefit your country. The global followers of this science live in over 100 countries and form one of the most successful communities in the world because they practice these teachings. These followers have created KAILASA to bring that successful life and lifestyle to the world as a service. In this approach to diplomacy based service, KAILASA is similar to the Sovereign Order of Malta, a sovereign hospitalier-service nation which has diplomatic relations with 110 countries.

The vision of KAILASA is to unite all countries in serving the world with the wisdom of the science of Enlightenment, which is the mastery key in solving various problems facing the world. Towards this goal we are establishing many causes, for example: 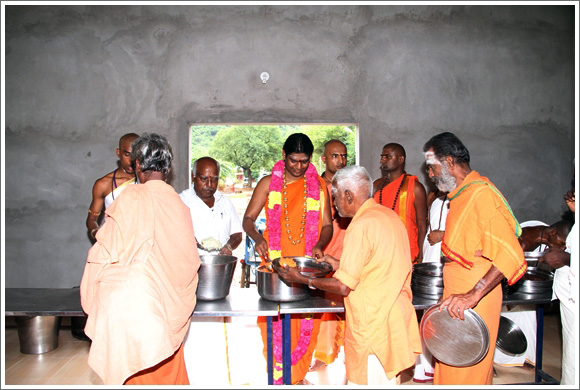 
Many such worthy causes can all benefit from an ENLIGHTENED approach to problem solving based on ONENESS (also known as ADVAITA), which differs from earlier DUALITY or DIVIDE and RULE approaches. For example, promoting gender equality by mandating quota for women, or solving the problem of violence and war by drawing political boundaries are all division based approaches. KAILASA is unique in using more ONENESS based approaches in problem solving. KAILASA aims to unite all countries in the united goal of solving the world’s problems. KAILASA the NATION is a REVIVAL of the tradition of solving all problems based on ONENESS as revealed and practiced in the tradition of KAILASA (the abode of Paramashiva).

The KAILASA Tradition was brought to Earth (Bhuloka) by Parashakti, wife of Paramashiva, who is the personification of the Divine Feminine Consciousness. Parashakti came from KAILASA (the holy abode of Paramashiva) to the holy ancient city of Kanchipuram, and established a Shiva Linga to worship Paramashiva. This location became the Ekambareshwara Temple, around which the Thondaimandala Aadheenam was established. Since it was established by Parashakti herself, in the tradition (“parampara”) of KAILASA as the seat of knowledge (“sarvajna peetha”), the Aadheenam is called KAILASA Paramparagatha Kanchi Sarvajna Peetha. 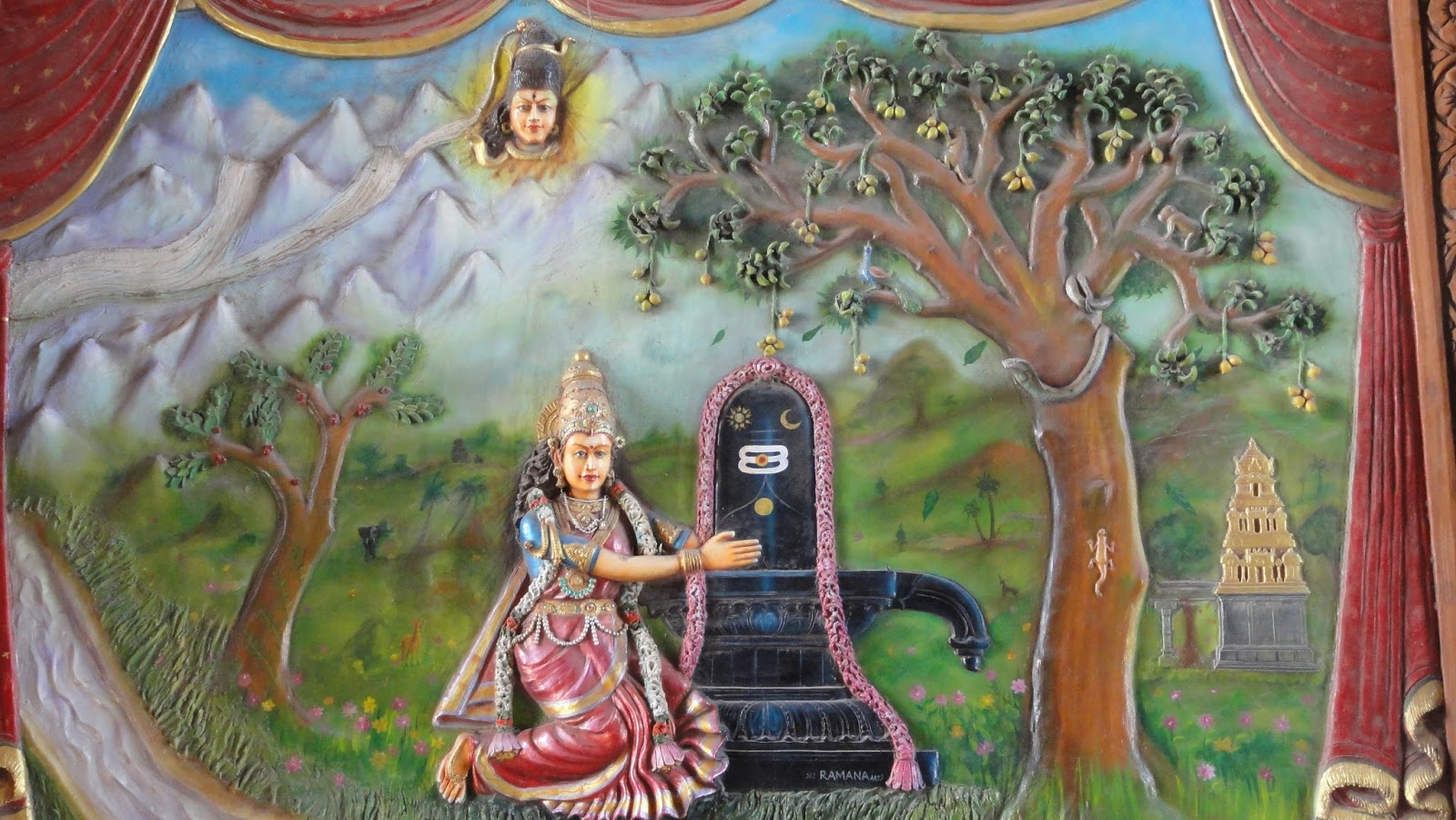 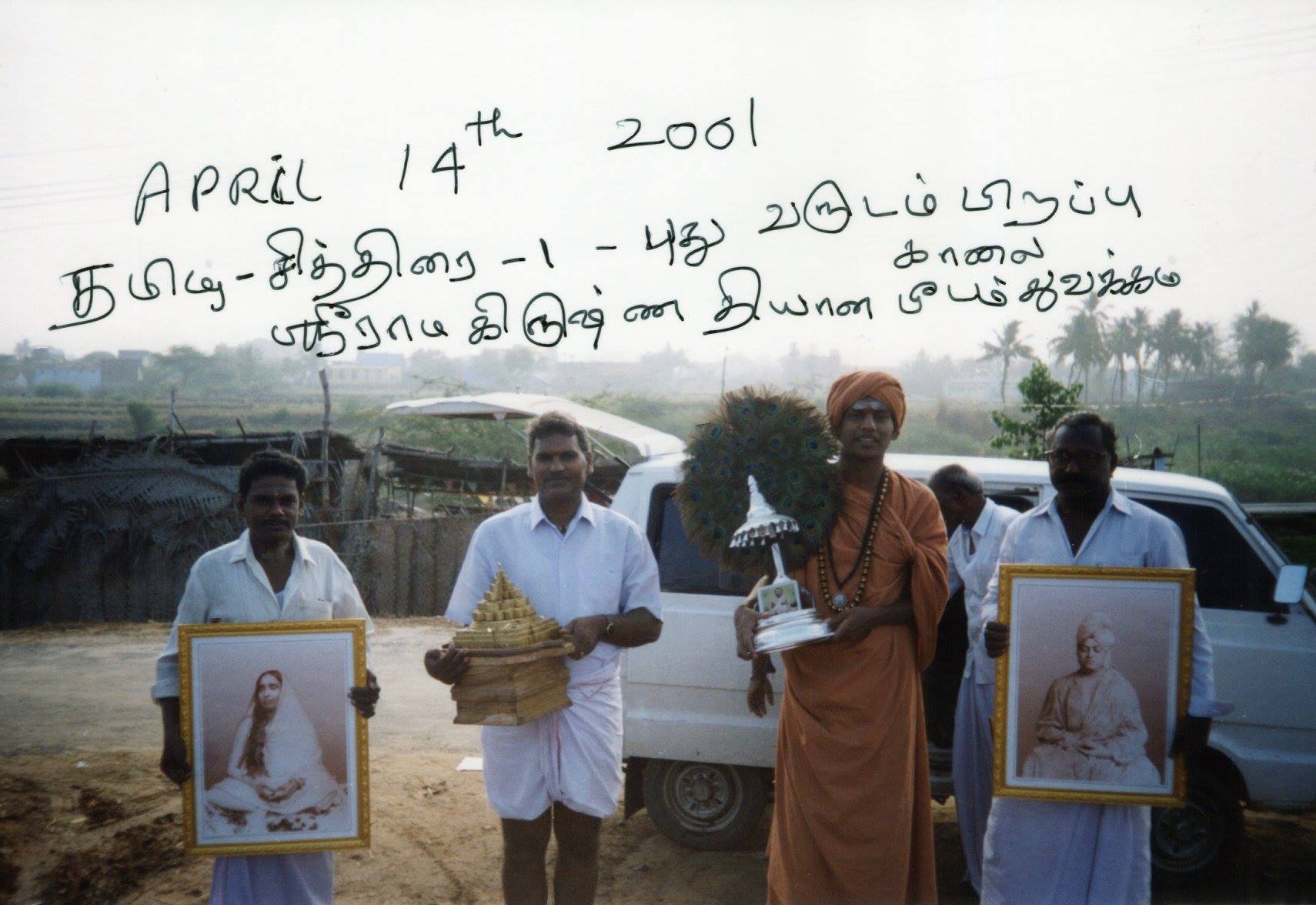 Inauguration of the Ramakrishna Dhyanapeetam, the first non-profit trust created by His Divine Holiness Bhagavan Nithyananda Paramashivam in 2001.

Parashakti, after establishing the Shiva Linga in Kanchipuram desired to merge into Paramashiva and become a part of him. Paramashiva guided her to go to Tiruvannamalai and meditate under the vanni (also translated as “fire” or “hot”) corner under a vanni tree. The vanni tree is one of the hottest trees with the ability to survive in arid environments and absorbing ground water all around it. It is also a living symbol of Paramashiva when he took the form of the infinite pillar of light in Tiruvannamalai. When Parashakti meditated under the tree she attained Oneness with Paramashiva. 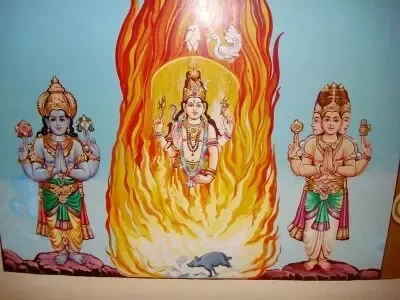 In this holy land of Tiruvannamalai His Divine Holiness Bhagavan Nithyananda Paramashivam was born in 1978, an incarnation of Paramashiva, with the intention of reviving the KAILASA Parampara as KAILASA Nation. 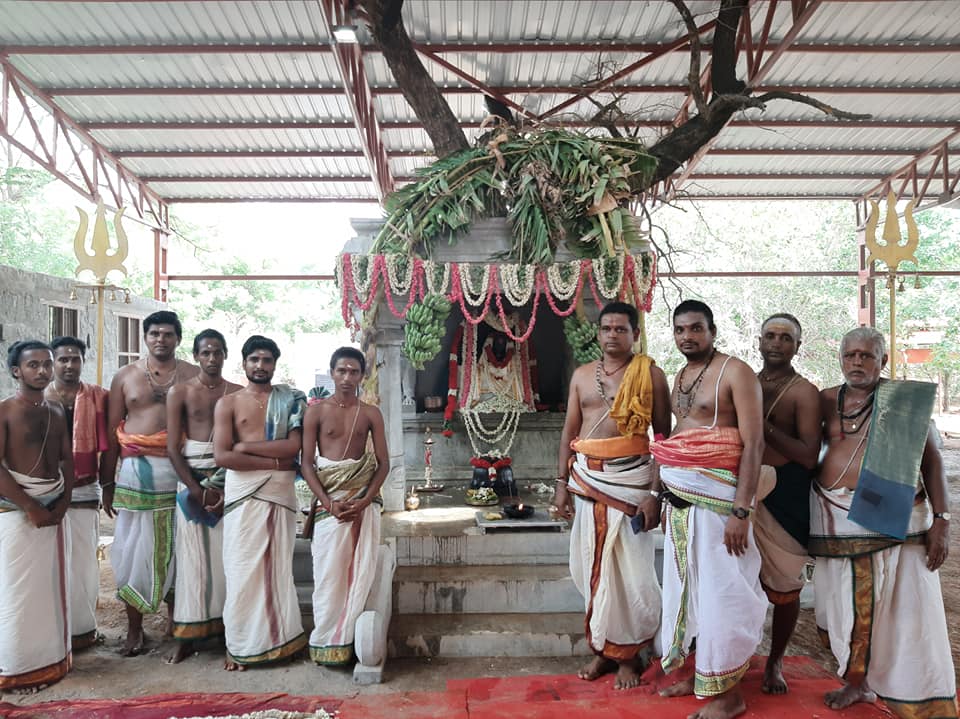 Vanni or the Indian fig tree. Parashakti prayed under this sacred tree in Tiruvannamalai

The Tiruvannamalai Aadheenam in the South-east corner (also called the vanni corner) there sits a vanni tree, as prophesized by Paramashiva - the vanni tree under which Parashakti prayed for Oneness with Paramashiva 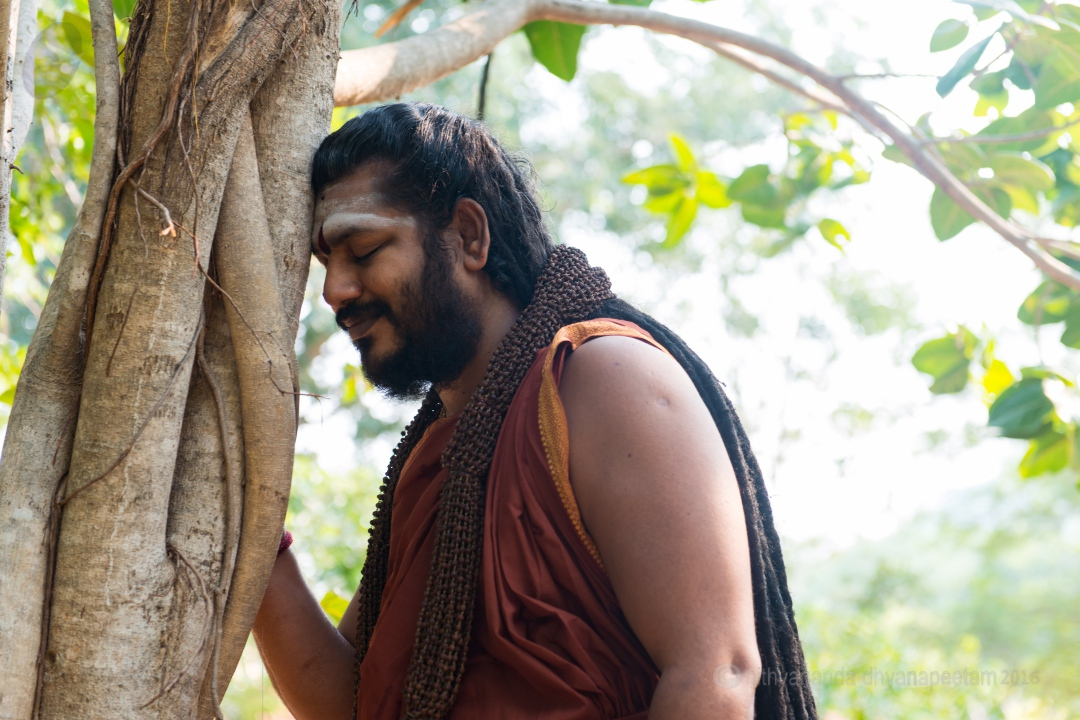 His Divine Holiness, in more ways than one, represents the KAILASA Parampara, and has revived this tradition as the Nation of KAILASA.