Briefings & Statements
Supreme Pontiff for SHRIKAILASA Nation, His Divine Holiness Nithyananda Paramashivam, to observe 28-day Hindu fast and prayer along with his millions of worldwide followers to heal the world of Coronavirus
14 March, 2020 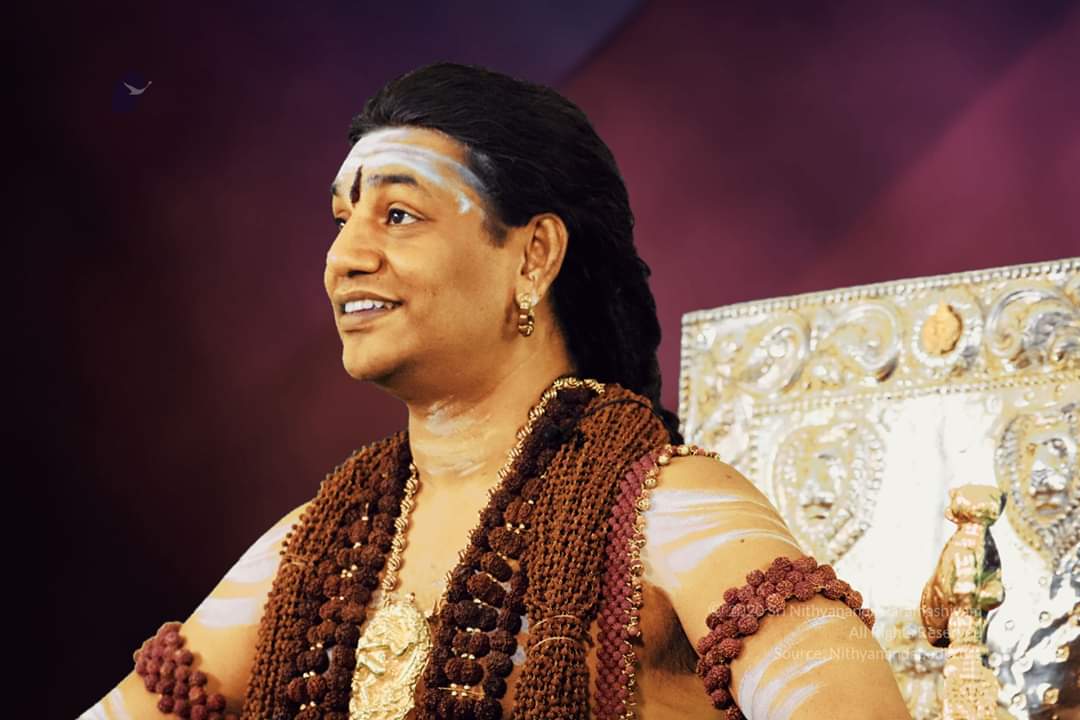 Briefings & Statements
Supreme Pontiff for SHRIKAILASA Nation, His Divine Holiness Nithyananda Paramashivam, to observe 28-day Hindu fast and prayer along with his millions of worldwide followers to heal the world of Coronavirus
14 March, 2020

On March 13th, during the Live Nithyananda Satsang, which is telecast to a global audience daily, His Divine Holiness (HDH) Nithyananda Paramashivam announced a 28-day spiritual regimen involving vratha (Hindu fasting), meditation, chanting of sacred sound of Mahavakya, hygienic living, and social distancing called Pacchai Pattini Vratham, which is practiced in India as a method of cleansing, introspection, prayer and meditation. His Divine Holiness requested his 30 million followers worldwide to participate in this event (which he will join as well) to heal the world from the effects of COVID-19. It is SHRIKAILASA’s dharmic responsibility to find spiritual solutions for all the world’s problems. This program of intense prayer and fasting for 28 days to heal the world of COVID-19, is part of SHRIKAILASA’s larger initiative for world peace and health.

His Divine Holiness requested all spiritual organizations worldwide, especially Hindu temples around the world to join SHRIKAILASA in this ambitious effort for the benefit of humanity.

In his address, HDH Nithyananda Paramashivam blessed the world from the effects of COVID-19 or Coronavirus, and encouraged his millions of worldwide followers not to panic and to also observe Pacchai Pattini Vratham for the next 28 days, along with him. Hindu puranas and shastras (spiritual texts) say that this sacred practice was first and still followed by Devi (the Hindu deity embodying divine feminine consciousness) when she was in the form of Mariamman in the city of Samayapuram, India. During this fast, participants are to only drink the liquids that are offered to Devi as sacred offering — tender coconut water, soaked moong daal (green gram), jaggery water, liquid buttermilk, and sugar cane. The Mahavakya is a chant (“Om Nithyananda Paramashivoham”) which connects the individual to the very source cosmic intelligence. It is very popular in the Kashmiri Shaiva Sampradaya and South Indian Shaiva Sampradaya for thousands of years and is applicable to modern day living, especially to heal any problem faced by humanity. Today, the immediate concern is COVID-19, which HDH Nithyananda Paramashivam says can be healed by this technique.

“If you see what modern day authorities are describing as the recommendation for the Coronavirus, you will see it is exactly also described in Pacchai Pattini Vratham,” said HDH Nithyananda Paramashivam. “So whatever our rishis (Hindu sages) prescribe, it is highly scientific. Let’s do Pacchai Patinni Vratham and Mahavakya chanting. Devi will shower her grace and protect all of us.”

HDH Nithyananda Paramashivam also conveyed the importance of his devotees obeying the laws of their respective countries, not panicking, and adhering to the instructions given by governments in their efforts to limit the spread of COVID-19 and provide necessary treatment. He cited the example of local governments in the US, Canada, and other countries banning large gatherings of people.

For more on the steps advised as part of the Pacchai Pattini Viratham, please refer to:

No statements in this press release are meant to be a substitute for any medical advice or medical care. Readers are requested to follow their doctors’ instructions and medical advisories as appropriate.

About His Divine Holiness Nithyananda Paramashivam:
His Divine Holiness Nithyananda Paramashivam is the reviver of SHRIKAILASA – the enlightened civilization, the greatest and only Hindu Sovereign nation. Adepts of the science of reincarnation in Hinduism recognized HDH as Avatar of Paramashiva at a tender age. Revered and worshiped now as Living Incarnation of super consciousness by millions, HDH manifested the best contributions of Hinduism to the world including the science of power manifestation, yoga, temple based universities while being subjected to all the worst persecution Hinduism faced by anti Hindu elements because of His scientific, progressive, pragmatic human rights conscious approach towards life and gender equality stand. HDH is globally recognized as the Supreme Pontiff of Hinduism reviving 14 ancient Sarvajnapeetas including Kashi, Kanchipuram and Madurai, present Maharaja of Suryavamsa Surangi Samrajyam and founder of various universities including the world’s largest Hindu university, Nithyananda Hindu University.